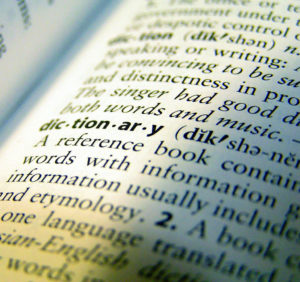 As the world’s international language, English has a lot going for it. For one thing, it’s quite easy to learn for speakers of other European languages.

Nouns only have a single gender, so it is “the little girl”, unlike “la niña” (Spanish) or “das Mädchen” (German). The cases are relatively simple (unlike many Slavic languages) and there are hardly any declensions to remember (I walk, you walk, they walk, and so on).

Or why there are so many silent letters like the k in knee and knock, the c in science or the h in ghost? Or why the letters “bow” can mean two different things depending on how they are pronounced? Or why Brits and Americans spell some words differently?

The truth is, people have struggled to spell in English for as long as people have been trying to write English. After the Romans left in the fifth century, various Germanic tribes invaded and settled in England, bringing with them the language that forms the basis of modern English. But the Roman alphabet that we use today didn’t arrive until Christian missionary Augustine of Canterbury landed in 597AD.

Augustine’s missionaries used the Roman alphabet to write down the language they heard, but the alphabet only had 23 letters while there were around 35 sounds. The Christians borrowed a couple of Runic letters  to describe the sounds (like the ð that you still find in Icelandic) but still had to stick Roman letters together in ways they were not designed for.

The trouble with English spelling had begun!

When the Vikings invaded England in the eighth century, it’s very likely they could understand what the Anglo Saxons were saying because the Germanic languages – which included the language of the Vikings – were closer together than they are today.

But when the Normans invaded in 1066, they spoke French. And they had no intention of learning English.

For the next two hundred years, French was the language of the English aristocracy, of the government and the courts. Most aristos didn’t bother to learn English. Why would they? But the common people continued to speak English.

When the Normans lost Normandy and became, well, English, they started switching to the English language of the land they ruled. But English had hardly been written for over 200 years; all official text had been written in French and anything related to the universities or clergy was in Latin. So the scribes tried to write down what they heard and were pretty inconsistent.

They applied French spelling conventions to English words, so cwen became queen, cirice became churchand c was used instead of s in words like cell and circle. They also struggled with English handwriting, where u, v, n and m all looked very similar. So they replaced u with o in words like done and come.

At the same time, thousands of French and Latin words were entering the English language. The scribes kept the original French spelling for some (table, double, centre) but changed the spelling of others to reflect their English pronunciation (e.g. beef, battle, government, mountain).

This was a wild time for English spelling as the concept of “correct” spelling didn’t really exist. People also spelled according to their local dialect.

By the time William Caxton brought the printing press to England in 1497, French and English had become well and truly mixed. English was also filling up with new foreign words to describe the concepts that arrived with the Renaissance, as people rediscovered classical texts and became open to new ideas for which English had no words. Unlike most languages, English happily took words from other languages, often with no attempt to officially anglicise them. Irregular spelling was a problem for the printers, who wanted consistency but had to appeal to the maximum possible number of readers. Which dialect should they choose as the basis of written English? They chose the London English of Chaucer, whose Canterbury Tales was the first book printed in English.  You can see a digitised version on the British Library website.

The printing press brought with it the idea of correct spelling. But it also brought some new spelling confusion to English. For example, because many of the printers were Dutch, they used Dutch spellings for words like ghost, aghast,ghastly and gherkin, which keep their silent h to this day. Other words like ghospel,ghossip and ghizzard lost their Dutch h over the years.

The printing press gave English spelling a big push towards standardisation. English pronunciation, on the other hand, was anything but steady and the century after the arrival of the printing press saw major changes in the way English was spoken.

For example, words like he, she, knee, name, fine and be were pronounced as they were spelled when the printing press arrived. Much like a German would pronounce those letters nowadays. But during the next century, the pronunciation changed to roughly what English people use today. No one is really sure why. But spelling did not change to reflect the new pronunciation.

At this point, English was full of unusual pronunciations and silent letters. The situation wasn’t helped by…

English is unique among the world’s most popular languages in that it doesn’t have an academy to say how the language should develop.

L’Académie française, for example, seems to spend most of its time nowadays keeping English words out of French. Which is quite funny really, when you consider how many French words came in the other direction

The lack of an official academy is also one reason why English spelling is complicated.

During the 16th and 17th centuries in particular, lots of scholars came up with ideas for improving English. One of these was to alter spelling to reflect the classical roots of some words. For example, b was added to the word debt to reflect its relationship to the Latindebitum. Up until this point, it had been spelled and pronounced dette. A b was added todoubt (from dubitare). Rime became rhyme (from the Greek rhytmus). And so on. These letters have never been pronounced in English.

But the scholars didn’t always get it right. For example the s in island was added because they thought the word came from the Latin insula, whereas it is really an Old English word.

At the same time, changes were made illogically to other parts of English spelling, for example the ght from night and light was added to delight and tight, but not to spite andignite.

Scholars tried to make English a neater language but ended up making it messier! This was an attempt to remove some of the French influence in the English language! Nowadays, it just adds more confusion for learners.

Find out more  about the differences between British and American English.

Why doesn’t someone do something about English spelling?

Well, largely because nobody can agree on what to do.

There have been many advocates of spelling reform over the centuries, the most famous of whom were George Bernard Shaw and Teddy Roosevelt. But the issue has fallen off the agenda in recent decades and looks unlikely to resurface any time soon.